A Welcome Back event was held in September with graduates who completed their Master’s degrees at Australian universities in 2017 1st semester. Thirteen graduates attended together with their employers’ representatives from Mongolian University of Science and Technology and MCS International private company. Mr. John Langtry, His Excellency, Australian Ambassador to Mongolia, Mr. Duncan McCullough, Policy Officer, North East Asia Branch, DFAT Canberra and Mr. Bulgantamir, Officer of Development Assistance Division, Ministry of Finance all participated in the Event.

At the opening, Mr. John Langtry congratulated the graduates on their successful completion of Master’s courses at Australian Universities. He also spoke about the commencement of the new intake of scholarships, effective and continuous cooperation with Mozzies and its members (including those from the second generation!), the Women’s Leadership Program activities and the Global Alumni network. He encouraged the graduates to attend the Australian Education Fair to be held together with Australian Universities on 22-24 September in Mongolia. 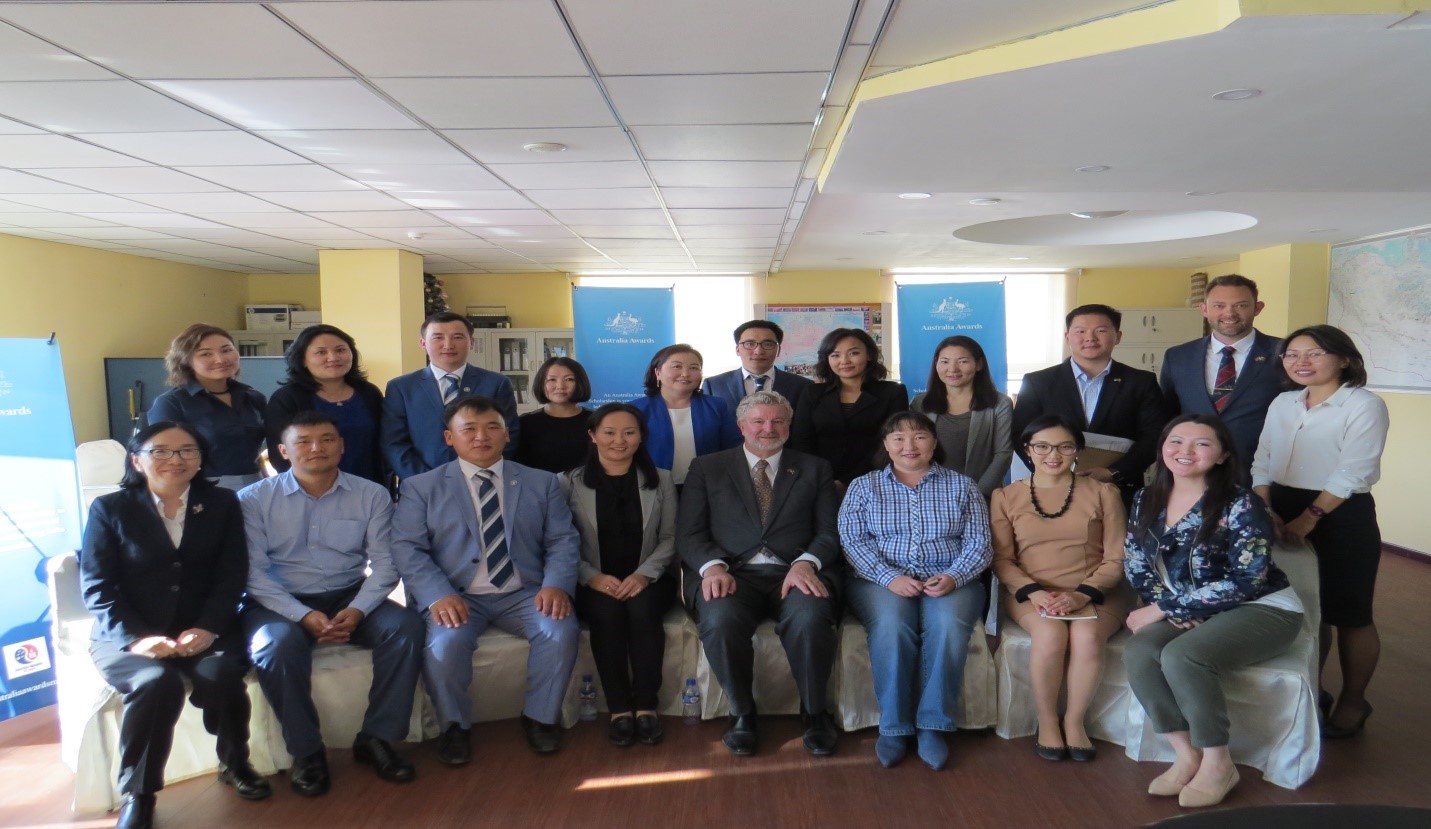 Mr Bulgantamir, the representative from the Government of Mongolia (GOM)/Ministry of Finance (MOF), congratulated the graduates and highlighted the importance of the Program in strengthening human resource capacity in Mongolia and expanding professional and personal networking between the two countries. He mentioned the many graduates of Australian Universities working in the MOF and noted their valuable and professional contribution to relevant areas in the financial sector of the country. Moreover, he reminded the graduates of the Subsidiary Arrangement which included the GOM’s commitment to re-employing of their graduates upon return. At the end he and wished the graduates success in their future work in contributing to development of Mongolia.

The graduates who specialized in Economics and Electrical Engineering presented on their Australian experiences, especially the courses they found valuable and important, academic environment, the achievements they made in their research, project and work experiences and future plan on application of their new knowledge and skills. 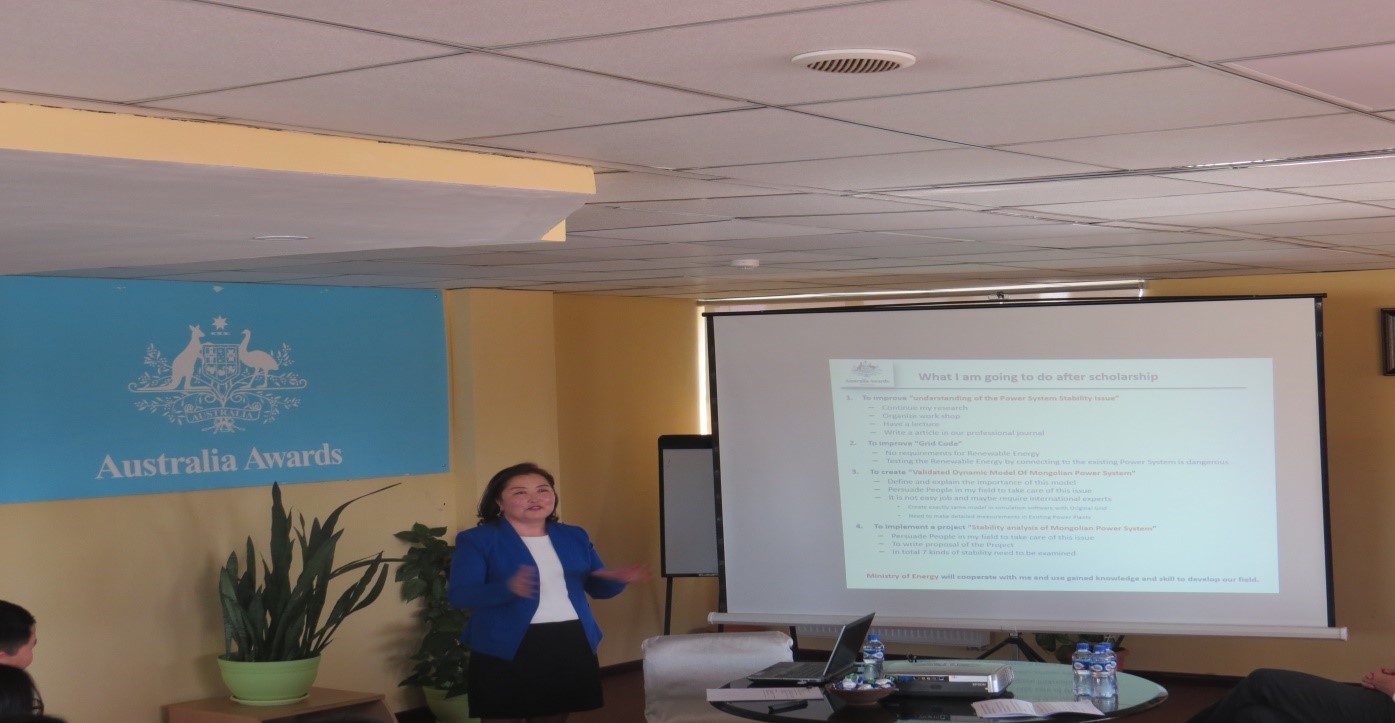 The discussion then covered with other graduates about their reintegration plans and career directions for the next two years. The graduates were much enthuastic, motivated and willing to implement together their new ideas and plans.